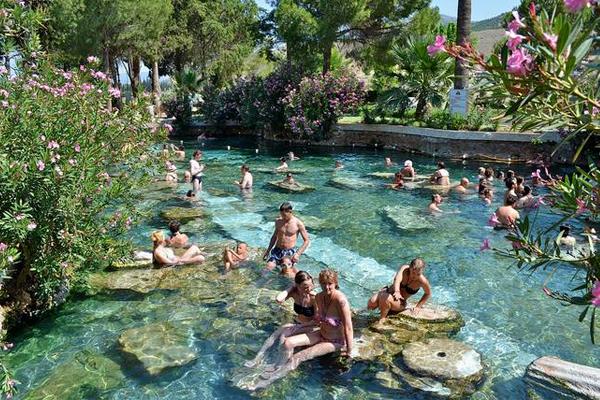 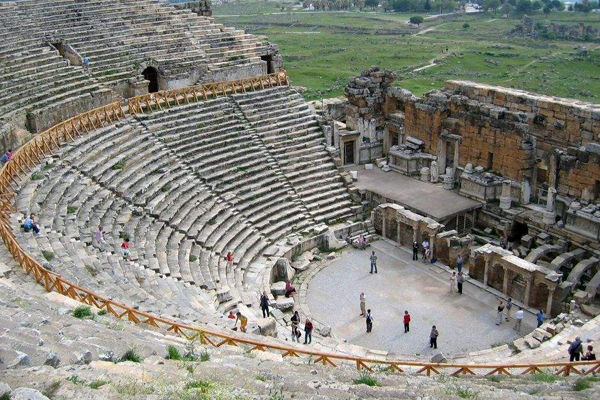 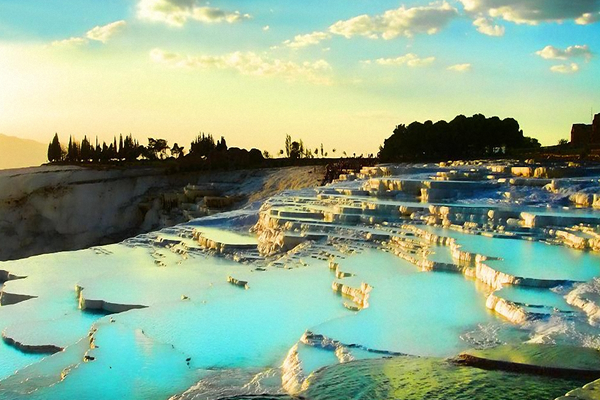 Tour Introduction:
It is a partly by van partly by walking. It is such a tour requires walking over the travertines, among the tombs of necropolis and along the acropolis ruins.Necropolis is the most well preserved and largest cemetary of ancient Anatolia. Most tombs date from the late Hellenic period, but there is also a considerable number from the Roman period and the early Christian times. People who came for medical treatment to Hierapolis in ancient times and the native people of the city buried their dead in tombs of several types according to their traditions and reflecting the social-economic importance of the people. Acropolis; It is called a Holy City in Archeological literature, because there were many temples and religious buildings in Hierapolis.The extensive ruins of the city of Hierapolis include a grand theater, a vast necropolis (cemetery), colonnaded street, baths, and numerous other ruined structures. Travertines; Somewhere deep in the earth beneath Pamukkale and the ancient Roman city of Hierapolis lies a vast source of water heated by volcanic lava. The water dissolves pure white calcium, becomes saturated with it, and carries it to the earth's surface, where it bursts forth and runs down a steep hillside. The water has been bursting forth at Hierapolis/Pamukkale for more than two millennia. Cooling in the open air, the calcium precipitates from the water, adheres to the soil, and forms white calcium "cascades" frozen in stone called travertines. The Romans built the spa city of Hierapolis so citizens could come and enjoy the health benefits of the hot mineral water.

If you are taking this tour durring summer months, you will have a chance to swim in Cleopatra’s pool which has ancient ruins of temple of Apollon and hot termal waters in it. You will be on a hight of 60 m. Above Lycos valley. Walking over the travertines (white caltic water pools) is the highlight of this tour.
Includes:
Private Guiding
Private Transportaion
Shuttle service

Excludes:
Entry fees to Acropolis and Cleopatra’s pool
Lunch
Tips for your guide and driver

This Tour can be combined with TurkeyTour1: Daily Ephesus Tour upon request. We have a special discount for combined tours.
We work with Turkish airlines, Pegasus and Onur air for your domestic flight tickets. Please ask for any travel services that we can help better.